Justices of the Peace Directory 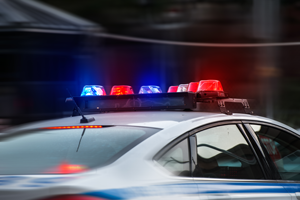 Early records indicate that the first constables were established in the year 871 AD by King Alfred of England. The Constable was the judge in military offenses and in questions of chivalry. He was also named by the King to be the supreme arbitrator for tournaments and martial displays. On June 15, 1215 the Magna Carta established Justice Courts with constables, sheriffs, and bailiffs. The first Constable in America was appointed in Plymouth Colony, Massachusetts. During that time, the leading official was the Justice of the Peace. Assisted by the Constable, they were in charge of the Colony Court, which was both judiciary and legislative. The Constable enforced the orders of colonial and county officials in both civil and criminal matters.

In Texas, contrary to popular folklore, Constables were the first Law Enforcement Officers. In March of 1823, the second Justice of the Peace in the Texas Colony of Mexico, Judge John J. Tumlinson, notified the colony’s empresario (leader and grantholder), Stephen F. Austin, that he had appointed “..but one Constable…to summon witnesses and bring offenders to justice.” This Constable was Thomas Alley. It wasn’t until nearly a year later, in 1824, that the first Sheriff was elected in the colony.

Incidentally, it was Judge Tumlinson who later in 1823 went on to lead the first incarnation of ten Texas Rangers appointed by Stephen F. Austin, whose sole mission at the time was to act as the defense force for the new colony, repelling Indian incursions and large bands of bandits and cattle rustlers. It wasn’t until much later, in the 1870’s, that the full law enforcement function came into the Ranger way of life.

Constables continued from those early times in the Brazos colony to be a part of Texas history right through the present. Upon the election of the first Sheriff, Constables shifted to being precinct-based officers. When Texas was a Republic the powers of the Constables were drafted into the constitution, and when Texas joined the Union the Constable's authority and duties have remained the same and have not changed much over the years.

In fact, the first law enforcement officer to be killed in the line of duty in El Paso County was a Constable, and it occurred in one of most famous Wild West shootings ever—the Four Dead in Five Seconds shooting which occurred on April 14, 1881. Constable Gus Krempkau of Precinct 1 was known by all accounts to be an honest lawman, reportedly a former Texas Ranger under Captain Baylor, and considered a friend of the Mexican people. He was fluent in Spanish, and would come to the aid of those wayward souls who came north into El Paso in search of better fortune—or their stolen cattle.

Back in downtown El Paso the same day, a death inquest was held by a local judge, and Constable Krempkau was called in to interpret for the judge. With tensions rising on both sides (Hale’s men were upset because the 75 Mexican cowboys were still armed on American soil, and the Mexicans were obviously upset by the deaths of two of their own), the judge adjourned the hearing for lunch.

As Constable Krempkau went next door to the saloon to pick up his sidearm and rifle, he was approached by George Campbell, a former city marshal who was an associate of John Hale. Campbell began a verbal confrontation with Krempkau, expressing his feeling that Krempkau was siding with the Mexicans and not properly interpreting testimony in the hearing. John Hale walked up, abruptly pulled one of Campbell’s two revolvers, and reportedly yelled, “George, I’ve got you covered !” and shot Constable Krempkau at close range in the chest.

As Constable Krempkau dropped to the wooden deck in front of the saloon, newly appointed City Marshal Dallas Stoudenmire, a known gunman himself, heard the commotion while eating his lunch across the street at the Globe Restaurant. He immediately came out of the restaurant right as Constable Krempkau was shot, and pulled his revolvers. His first shot went wild, hitting and killing an innocent bystander, but his second shot was on target, reportedly hitting John Hale right between the eyes.

Meanwhile, Constable Krempkau, suffering from his mortal wound, still drew his revolver and took aim at George Campbell, believing it was Campbell who shot him. Campbell, for his part, was apparently trying to surrender, but had his second revolver in his hand and thus was still considered a threat by Krempkau. Krempkau hit Campbell’s gun first, breaking Campbell’s wrist, then fired another shot, hitting Campbell in the foot before slumping over and loosing consciousness himself. Marshal Stoudenmire then fired a final shot at George Campbell, hitting him in the stomach and putting him down. John Hale, George Campbell, Constable Krempkau, and an innocent bystander all lay dead or dying….four dead in five seconds.

Nevertheless, in the circumstances of the day and the time period, Constable Krempkau died as a result of his dedication to law enforcement, to El Paso, and to the Mexican people he saw so badly treated day in and day out. And yet, there is not a street, a building, a park…nothing in El Paso named after him for laying his life on the line and being the first law enforcement officer killed in El Paso County history, April 14, 1881.
(Information from Wikipedia.org; Officer Down Memorial Page (www.odmp.org); and “Texas Constables: A Frontier Heritage” by Allen G. Hatley.)

There has been one other El Paso County Constable to die in the line of duty, Constable Samuel J. Stepp of Precinct 1, on January 2, 1920. Constable Stepp and Deputy Cain of the El Paso County Sheriff’s Office, whom Stepp had requested assistance from, were investigating a robbery which had just occurred and had been reported to Constable Stepp by the victim, Mr. Edison. As the officers located and conducted their investigation of the two suspects Mr. Edison had identified, Constable Stepp advised both suspects, two soldiers stationed at Fort Bliss identified only as Crie and Gaddy, that they were under arrest. Gaddy backed away from Deputy Cain, but Crie pulled a pistol and shot at Constable Stepp three times, striking him twice in the abdomen. Despite being mortally wounded, Constable Stepp returned fire, fatally shooting Crie, his attacker. Constable Stepp was then transported to Providence Hospital by Deputy Cain, where he succumbed to his wounds and died the following day. Suspect Gaddy was arrested and later convicted for murder, receiving a 20-year prison sentence. (Officer Down Memorial Page, www.odmp.org, and El Paso Times Archives – special thanks to Trish Long of the El Paso Times for her assistance with archive research.)

So, as you can see, there is much good to learn about the Constables of El Paso County. Click on the precinct links to the left to learn more about each of the individual Constable Offices in our county.

The History of Texas Constables